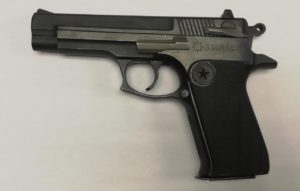 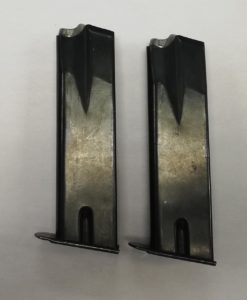 The Model 30 is really the heart of this series, and fixed all the issues and oddities of the M28. Though a few other detail changes also took place, the primary difference is in removing the loaded-chamber indicator from the top of the slide, and changes to the configuration of the extractor. This extractor also serves as a loaded chamber indicator.

In its improved form, this pistol was adopted for service by a number of Spanish police organizations, and the Spanish armed forces. As I understand it, the police adopted the PK and the military the M versions. Here, PK means Police length (shorter) and aluminum, whereas M means military or longer and without the K suffix, is simple steel-framed. Spanish Air Force pilots also apparently used PK versions, and some Guardia personell used the M also. The Guardia Civil is a paramilitary organization and is both police and military, so this is a frequent source of issued-weapon confusion. The M30 was also adopted in some numbers by Peruvian police and security forces.